WORTH THE READ: Important Comments From Subscriber About U.S. Ag

I received these comments yesterday from a loyal reader. I have heard similar concerns and comments form many of my own family, friends and others involved in U.S. farming. I thought the remarks were well articulated and wanted to share. I also included my own response, concerns and the road I see ahead of us.

Your article about 'What Young Farmers Want' was interesting, but I'm afraid they are all missing the point. Land is available, yes, in limited amounts in different parts of the country and under some 'creative' working relationships with existing farmers, but the biggest obstacle to farming is and always has been, the price of commodities! If you're getting less for your grain than it takes to produce it, all the available land in the world won't make farming a viable occupation, including those currently trying to make a living in agriculture. We would like you and others in the public forum, to initiate some sort of organized effort to help raise awareness of the poor price of all commodities. YOU CAN’T PAY FOR $10,000/ACRES LAND WITH $3 OR $4 CORN! I know the first words out of the mouths of the general public would be 'tighten your belts' and do 'smarter marketing'. Well, the belt is about to break!! Input costs are about as low as suppliers can go w/o going out of business themselves (excluding chemical and seed and tractor companies who are reporting huge profits at our expense), but farmers are forced to 'take what you can get' from the markets. Bread and milk costs have gone up exponentially in recent history, General Mills, for example, just continues to raise the prices of their products to stay in business even though raw material costs (grain in particular) have gone down significantly in the last year. Why haven't breakfast cereal prices gone down!

Sympathy is not what we need, its time for action! And I'd be the last one to advocate government interventions, God knows lawmakers and bureaucrats can't balance budgets. but an organized approach to higher prices MUST be initiated. I don't know what it will take to get prices moving in the right direction, but its time!!! I'd like everyone's input on how we can make this happen!!!!!!!!!!!!!!!!!!!

Thanks for the comments... I certainly agree, we are at a very pivotal point in U.S. agriculture!

One of the big problems is the rest of the world has learned how to produce the same commodities. In many of those areas they have much cheaper land, inputs and a currency advantage. Unfortunately, when the markets deem us to be in an over-supplied global environment it quickly believes its job is to push prices low enough to remove the highest cost producers. In this case, many here in the U.S. have become some of the worlds highest cost producers and are struggling to stay afloat. As I look further out on the time horizon, I don't see this landscape shifting or altering much. In my opinion, farms here in the U.S. will continue to get bigger and bigger, small farmers being gobbled up by those who are more able to finance and take full advantage of gains in technology, spreading that cost across a larger scale.

We've learned from other industries that "technology" is inherently deflationary. Meaning by nature the quicker it advances and works itself through an industry the cheaper prices become. Simply look at the telecommunications or computer industry, prices have fallen dramatically through the years as technology has gained momentum. Look at what has happened in crude oil with the new shale fracking technology. Company's that either couldn't afford or didn't want to stay ahead of the technology curve, believing it best to continue doing what they had done in the past, soon became the markets high-cost producer and were knocked out of the game as the wave of consolidation continued to build.

Yes, the time is now! Our industry has dramatically changed in the past twenty years. Technology along with shifts in global production and geopolitical policy has made the game much different than that of fathers and grandfathers. Those who do not want to scale and or stay ahead of the technology curve are going to continue to struggle. As with any business an "exit strategy" is extremely important. Unfortunately, for most of us this is more than just a business, it's the rural family lifestyle that we have come to love. This immediately places us in a very precarious situation. From a business perspective the writing might be on the wall for many, but from a lifestyle perspective we simply do not want to let go.

I certainly do not have the answers for those who find themselves in this difficult dilemma. I can however see the battlefield quickly shifting and many soldiers scrambling and looking for direction, casualties are almost certain. I suspect another year of low prices will leave many more severely wounded. We have to remember, we produce a "commodity", meaning there's not much intellectual property or difference between what we produce and other growers in different parts of the world produce. The rules of this game can be extremely difficult to swallow and the prize most often goes to the low-cost producer. Simply stated, those who can play by that rule will continue to strive, those who can not will continue to struggle.

Like most I love our heritage and our farming lifestyle. How do we keep that intact and in place as the underlying landscape dramatically shifts and changes becomes the big unknown? The business cycle is in motion and is going to continue steamrolling ahead with technology and growth in global production leading the way. As we look up and find ourselves now directly in its path, many of us have some extremely tough decisions to make.

Just my two-cents on an a very important and difficult subject. I hope I helped simplify some of the moving parts and identified a few of the hurdles ahead.

Thank you again for your support and comments, 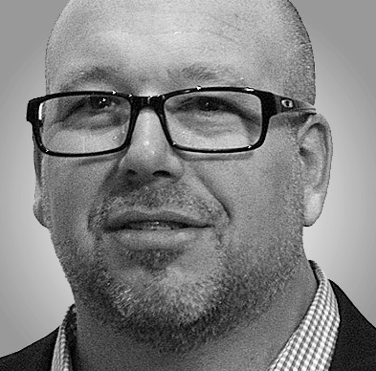 Kevin Van Trump Kevin Van Trump is the President and Founder of The Van Trump Report, a daily agricultural newsletter that strives to educate readers about what is driving markets and how to prepare for what might be coming next. The report circulates in over 35 countries worldwide and is a daily read by some of the industries top executives, fund traders, money-managers and political leaders.