December WASDE: What it Means for Corn, Beans, and Wheat

The December WASDE was released today and turned out to be a real snoozer. There were no changes at all for old crop, which was to be expected. The December report generally isn't a big mover, as we don't see production changes at this point in the year. Get the rest of the details in this WASDE recap by The Hueber Report: 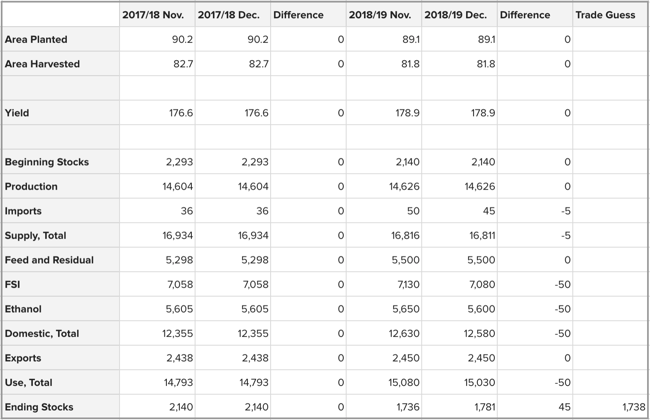 No surprise there, as ethanol margins have been on a decline in recent months.

Cash market data suggests losses of 17 cents/gallon in Illinois, 13 cents in Wisconsin, 6 in Iowa, and 13 in Nebraska.

Actual grind data suggests we shouldn't see any other revisions lower moving forward, but given the poor margins we can't totally rule that out. A rebound in crude oil would help ethanol prices, and it seems that natural gas prices may start to normalize as the forecast warms up a bit. 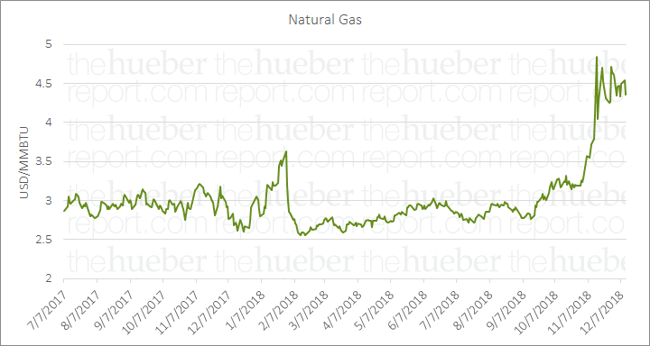 Ending stocks for corn were 1.781 billion bushels domestically and 308.8 million metric tons for the world. These numbers were both in line with expectations. 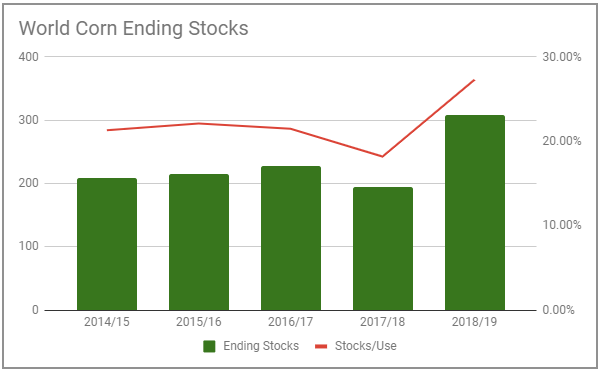 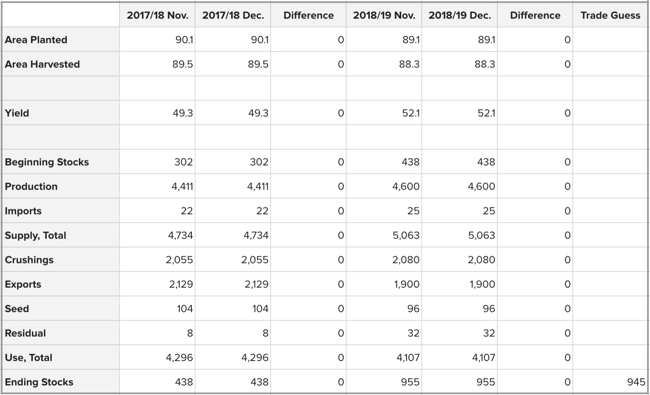 Soybeans saw no changes on the balance sheet. Ending stocks remain at 955 million bushels, though world stocks rose to an above-estimate 115.33 MMT.

Brazil's crop increased from 120.5 MMT to 122 MMT. There were no changes in Argentine soy. 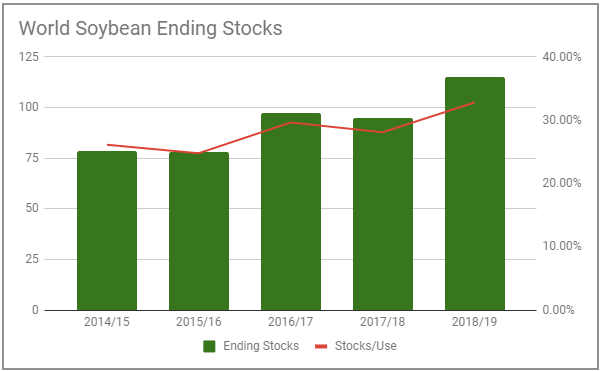 Wheat saw a 25 million bushel cut in exports. That figure now stands at an even billion bushels. As such, ending stocks were raised to 974 million bushels from 949. The market had expected 956 on average, though the final figure remained within the range of estimates.

World stocks were raised to 268.1 MMT from 266.71 last month. This was from a slight bump in Russian and FSU carry-in as well as the cut in domestic exports. 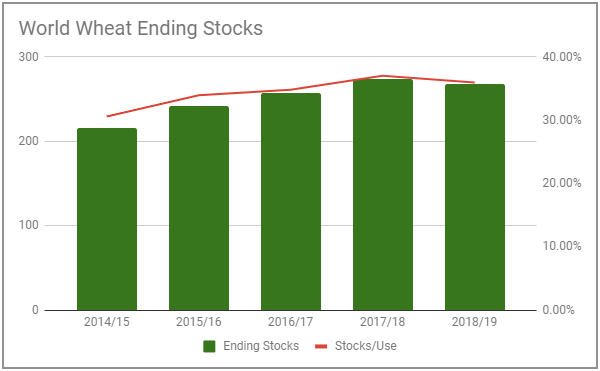 Moving forward these numbers really don't change anything at all. Tomorrow will be business as usual. Geopolitics will rule the market over the next few weeks until we start focusing on the early Brazilian soybean harvest.