July WASDE: What it Means for Corn, Beans, and Wheat

Corn production is greater than anticipated, the bean market looks bleak, and wheat has remained fairly consistent. In our recent webinar with The Hueber Report, Dan Hueber provided some key insights into the July WASDE Report. 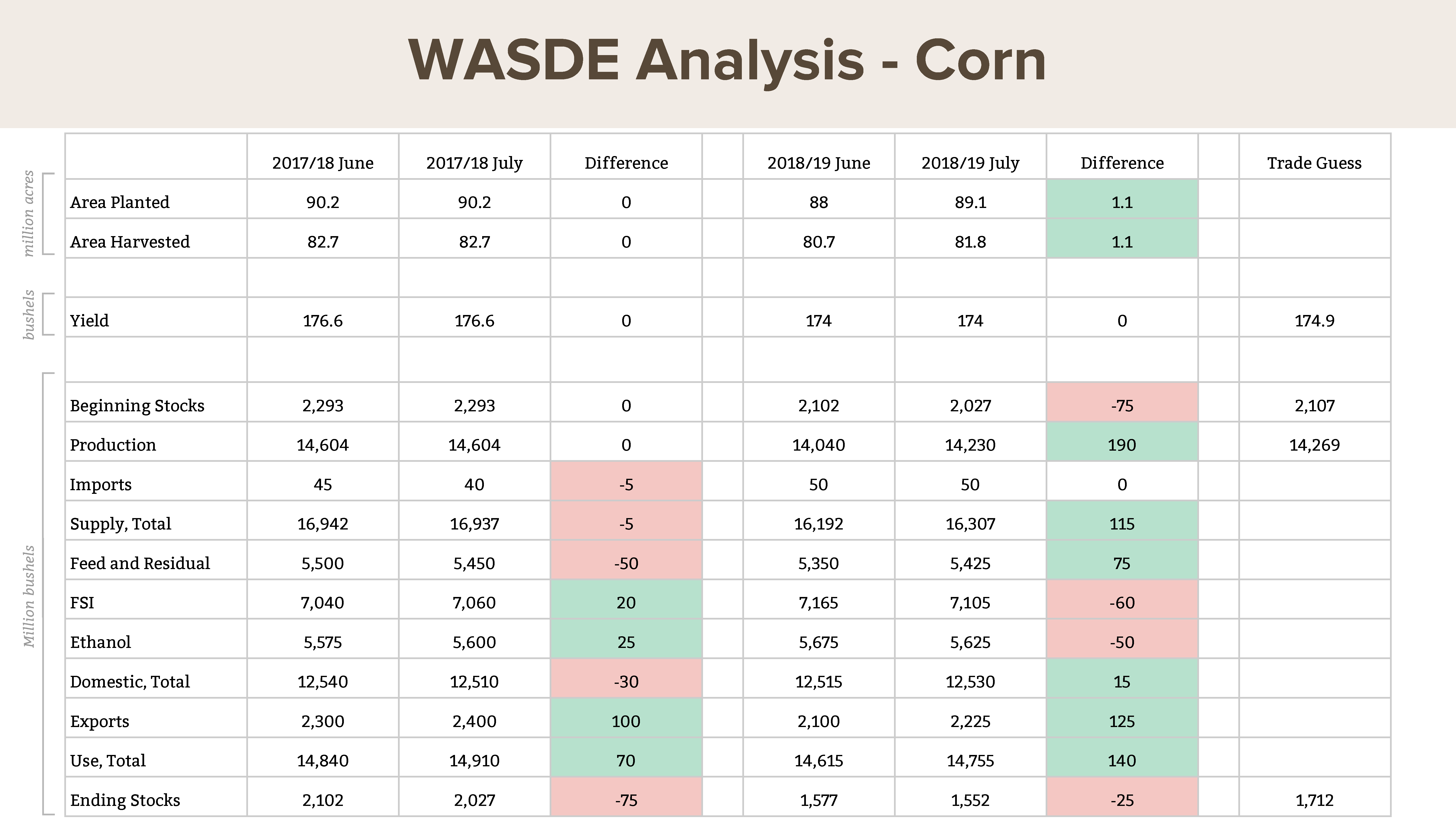 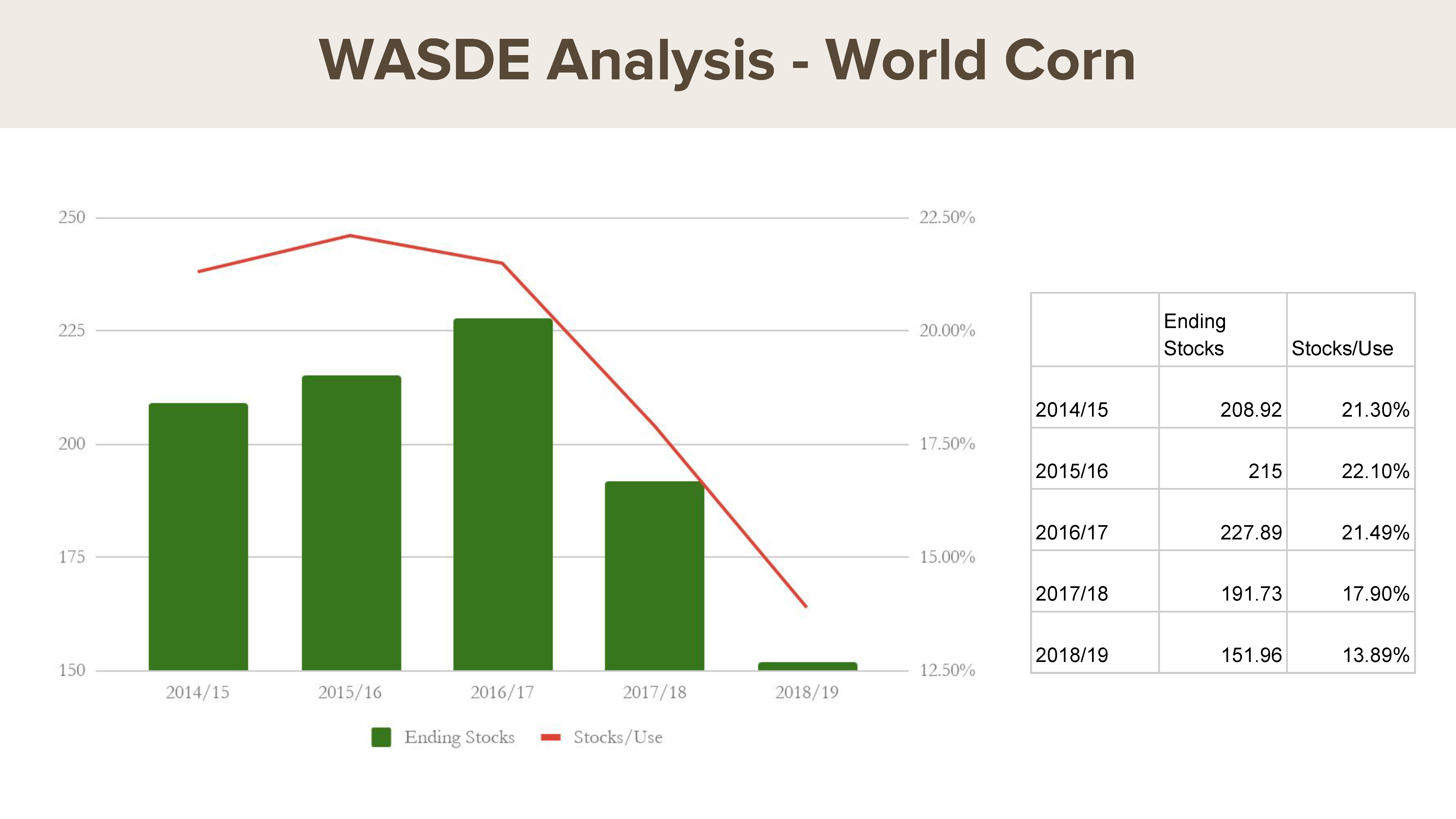 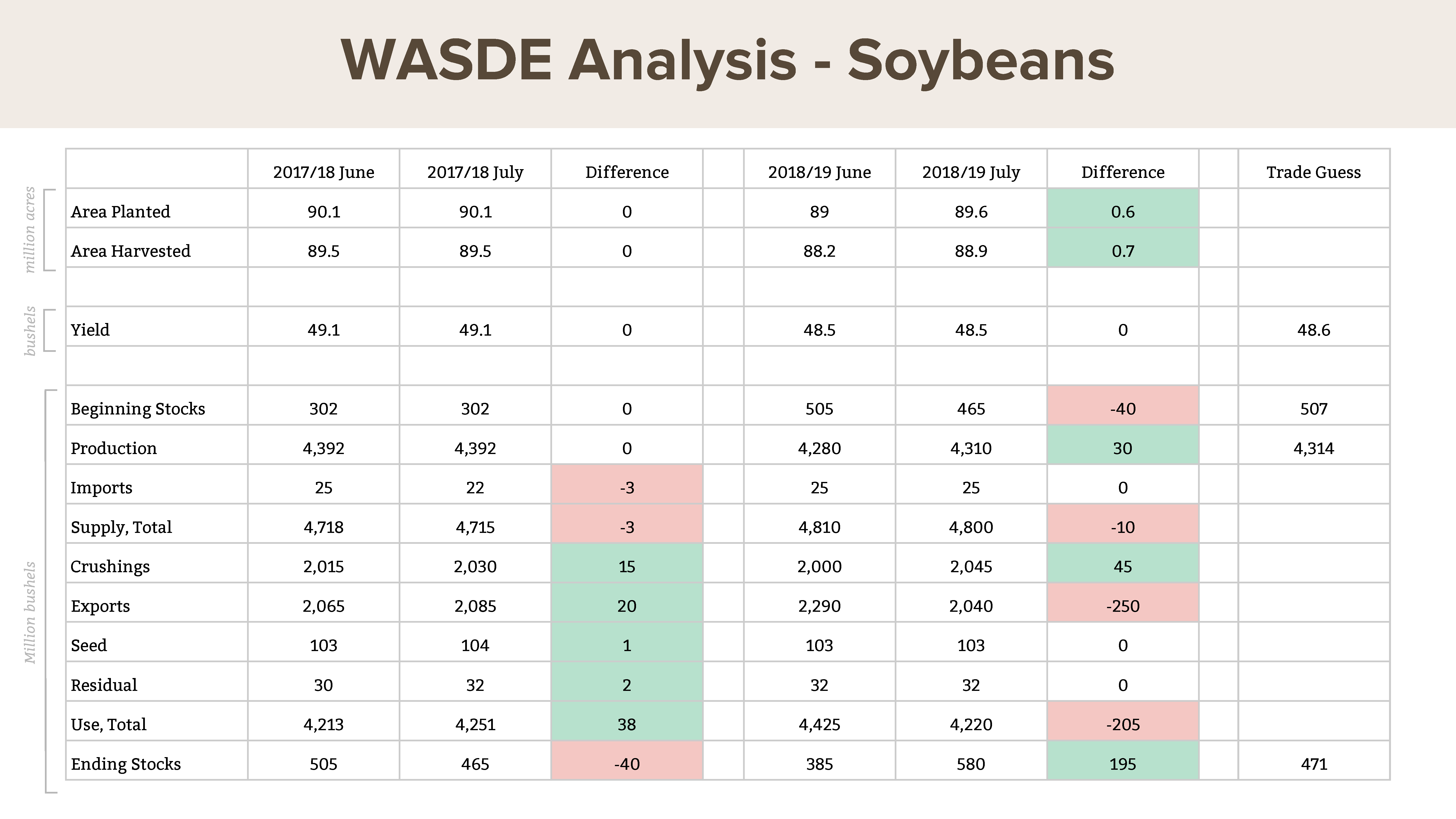 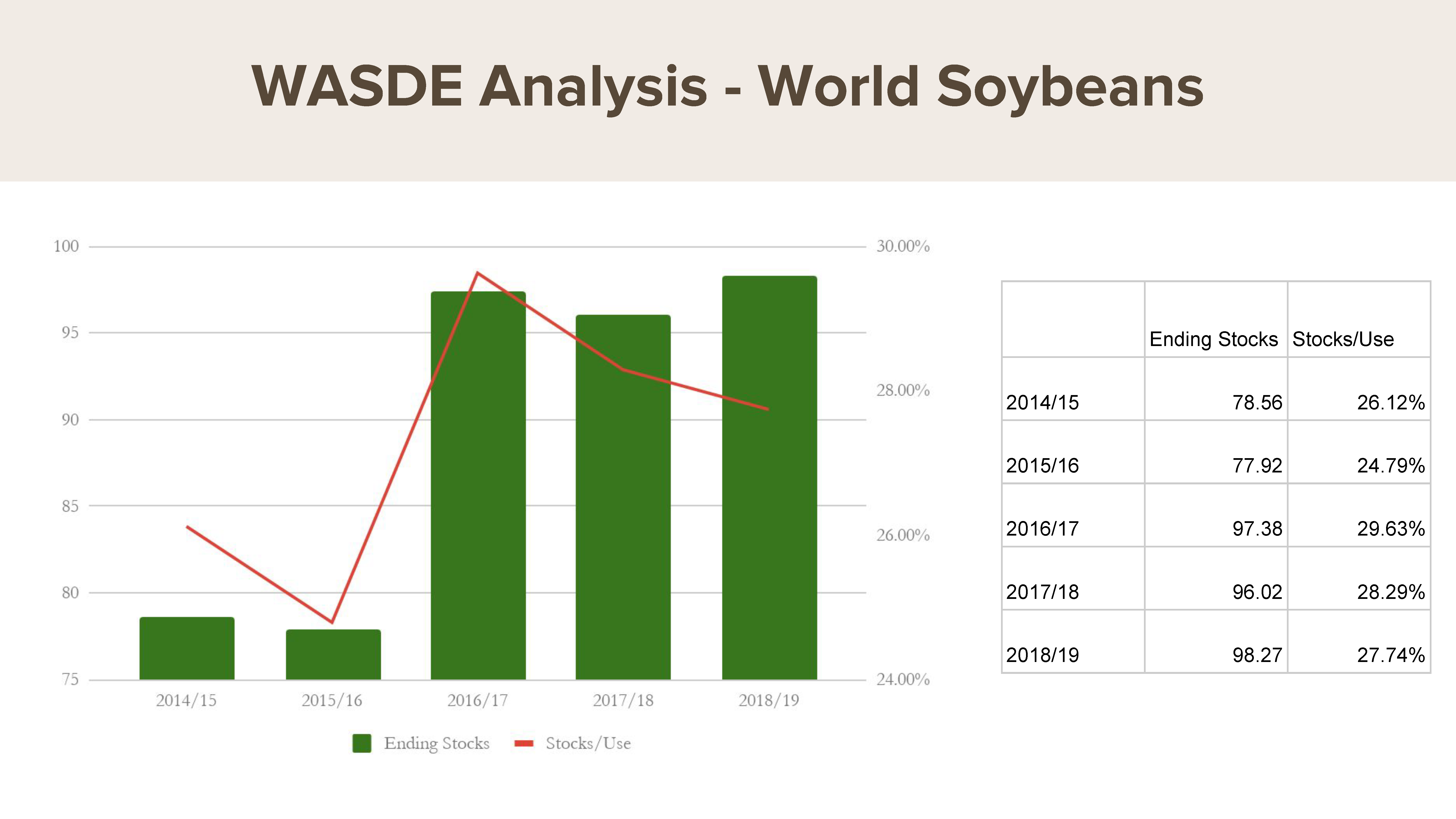 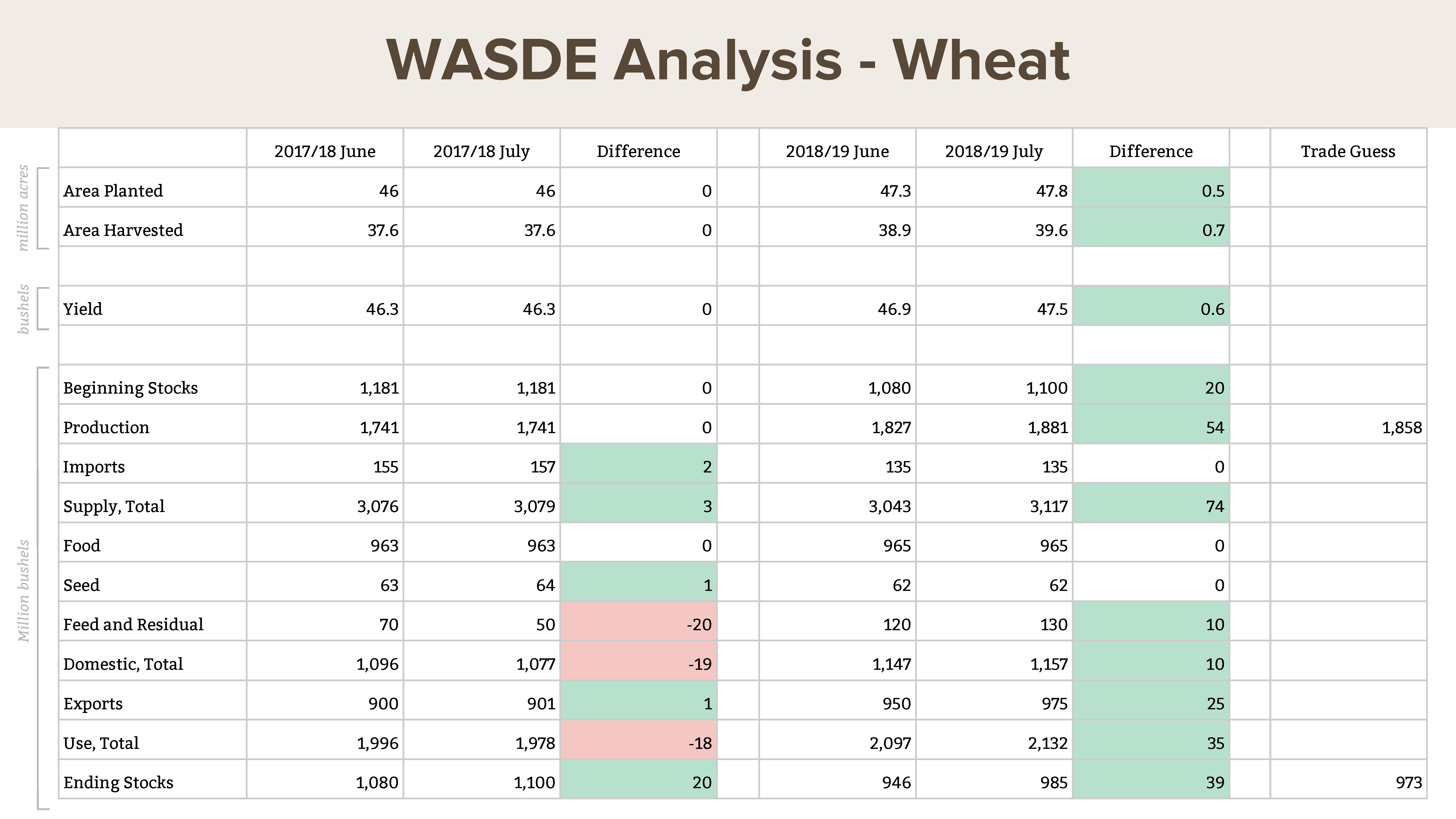 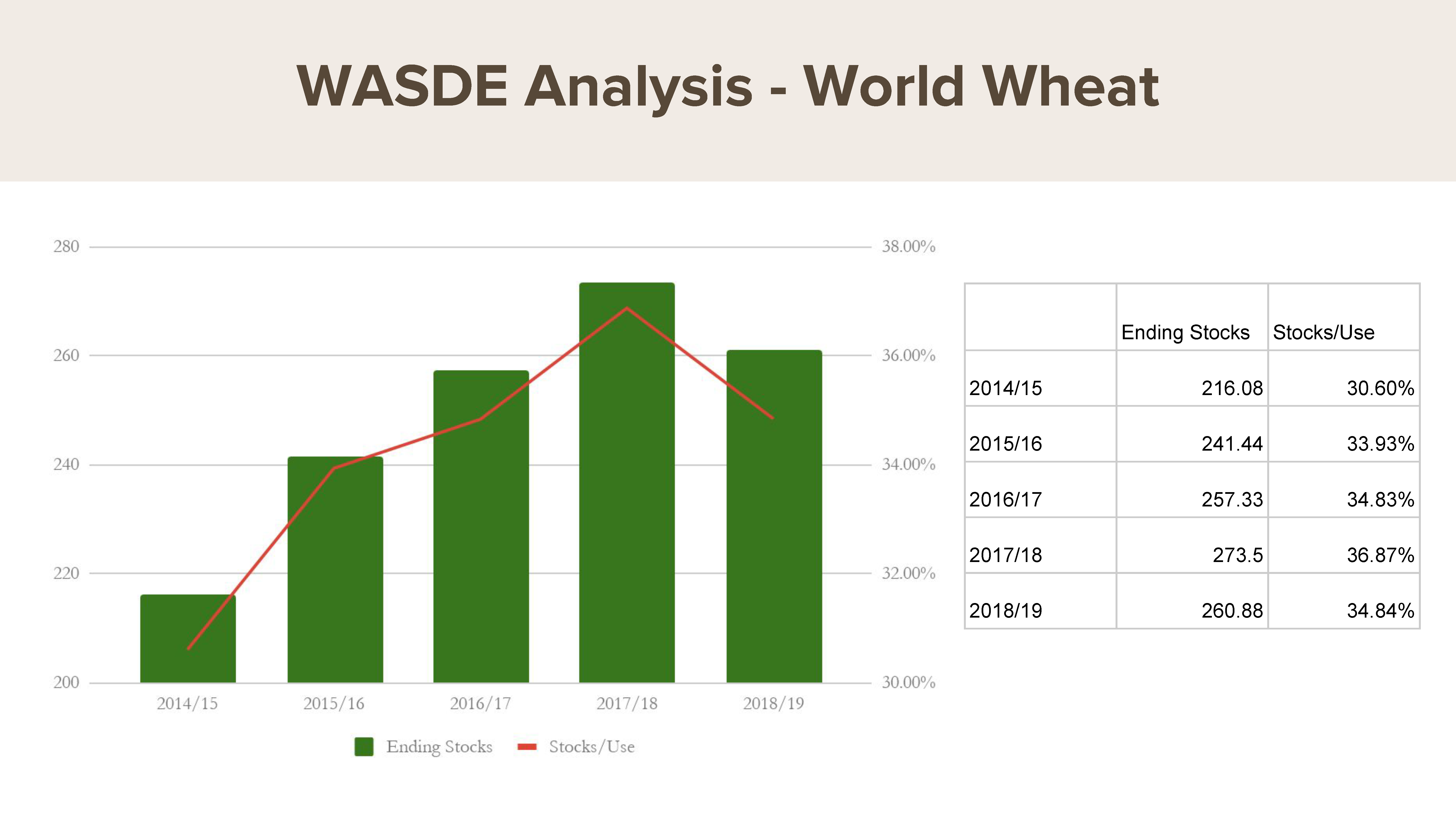 What is the stocks-to-use ratio?

The stocks-to-use ratio looks at total global usage as compared to the estimated ending stocks. Simply put, it’s the entire supply and demand equilibrium boiled down to one number.

Rachel Nizinski is a Michigan native who developed a passion for agriculture throughout her time growing up in the Midwest. She attended Saginaw Valley State University, and joined the FarmLogs team as a content writer in 2016.