September WASDE: What it Means for Corn, Beans, and Wheat

The biggest shock here was obviously the corn yield.

The USDA is using the highest population and ear weight ever. That’s a hard number to believe, as it goes well against our yield model, as well as what we’re hearing across the country.

A lot of producers are seeing ear weights closer to those they had in 2015. Let’s run the math here with that ear weight and the current USDA population. I can’t argue the population since we got off to a great start this year. 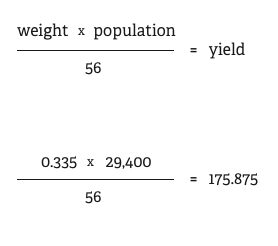 I prefer to believe this number, as our yield model currently shows the most probable yield at 175.08 bpa. The USDA’s 181.3 bpa estimate is out of the possible range of our model. That doesn’t mean it can’t happen, but that possible range plots all previous variations. It would be a first if that yield was final.

World corn ending stocks were revised higher to 157.03 million metric tons on a bump in production and higher beginning stocks. Feed usage was increased as was overall usage.

This still puts us in a bullish looking world situation. 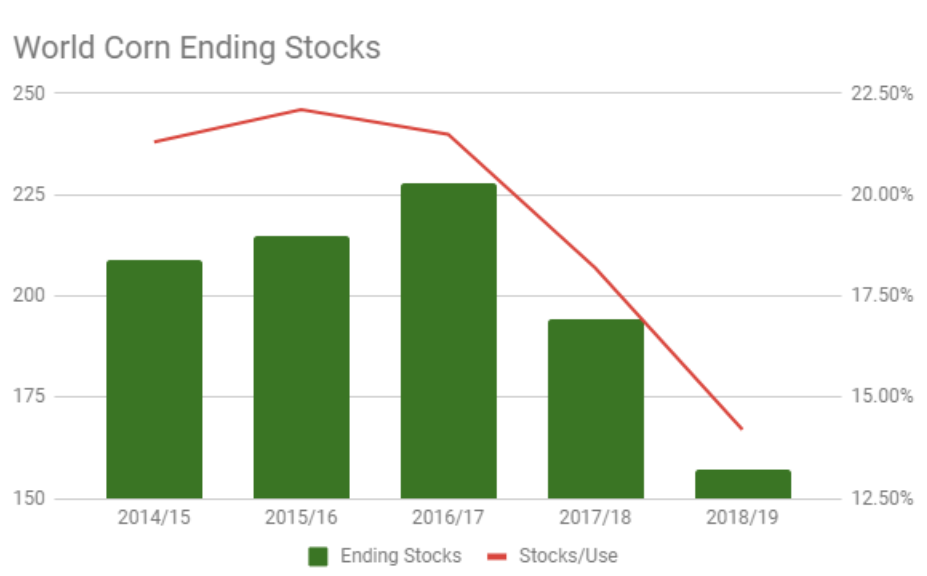 I can’t argue the yield number too much here. It is still higher than our model and range, but not totally unbelievable given the difficulty in estimating soybean yields.

A very simple formula is weight x pods per 18 sq. ft. x 0.0889. Let’s split the difference between the last two years for weight at 0.323 grams per pod and the pod count at 1,775 per 18 sq. ft. We end up with 50.97 bpa, which matches up with our model. A lot of crop tours are pointing to higher yields than that, and again, I can’t argue against that simply because the model isn’t as accurate for soybeans as it is for corn.

All other states were revised higher. 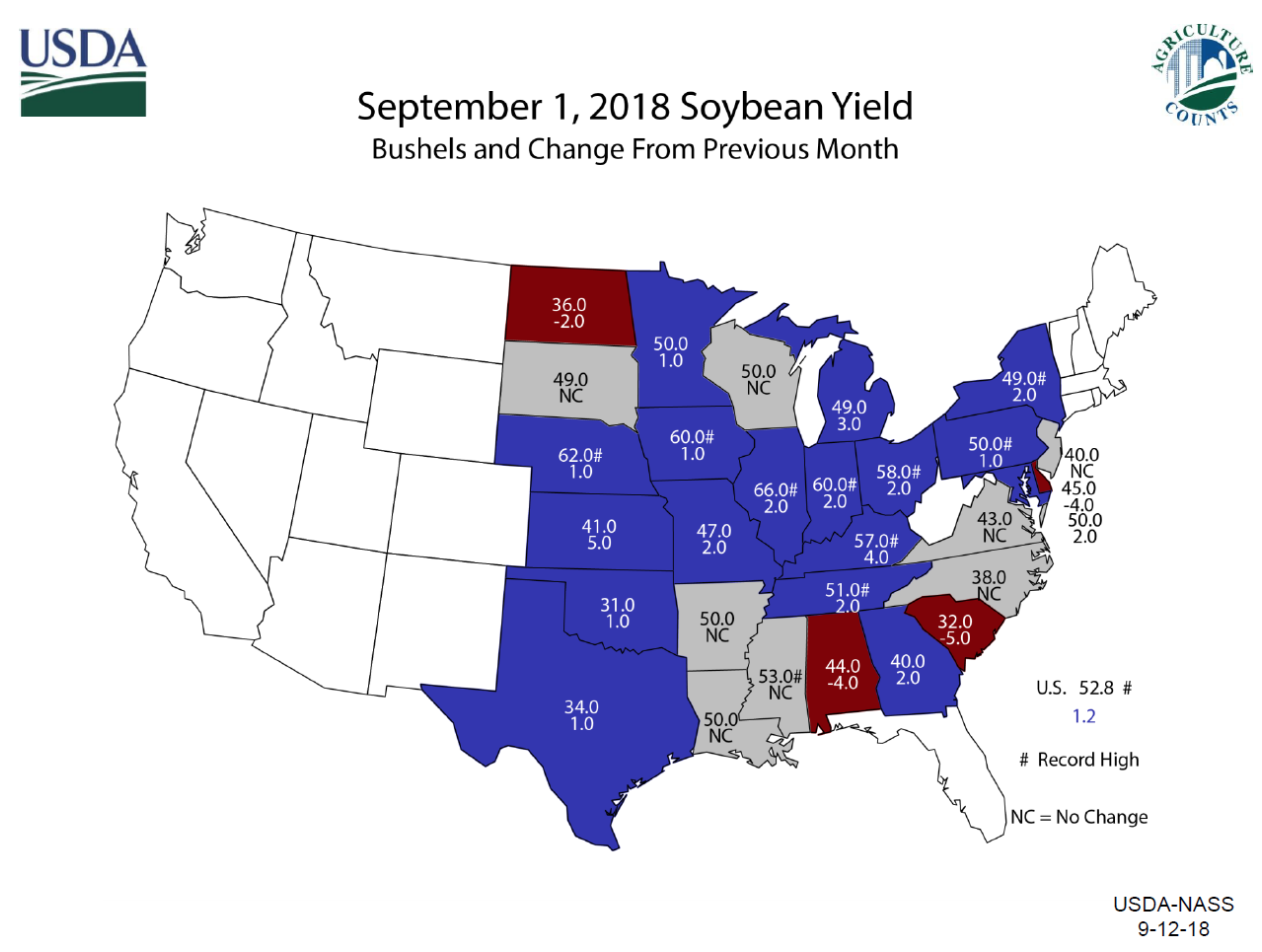 World soybean ending stocks were revised higher to 108.26 million metric tons on higher production and a small reduction in usage.

Chinese imports were reduced by a million metric tons to 94 MMT and their crush was cut from 95 to 93.5 MMT. 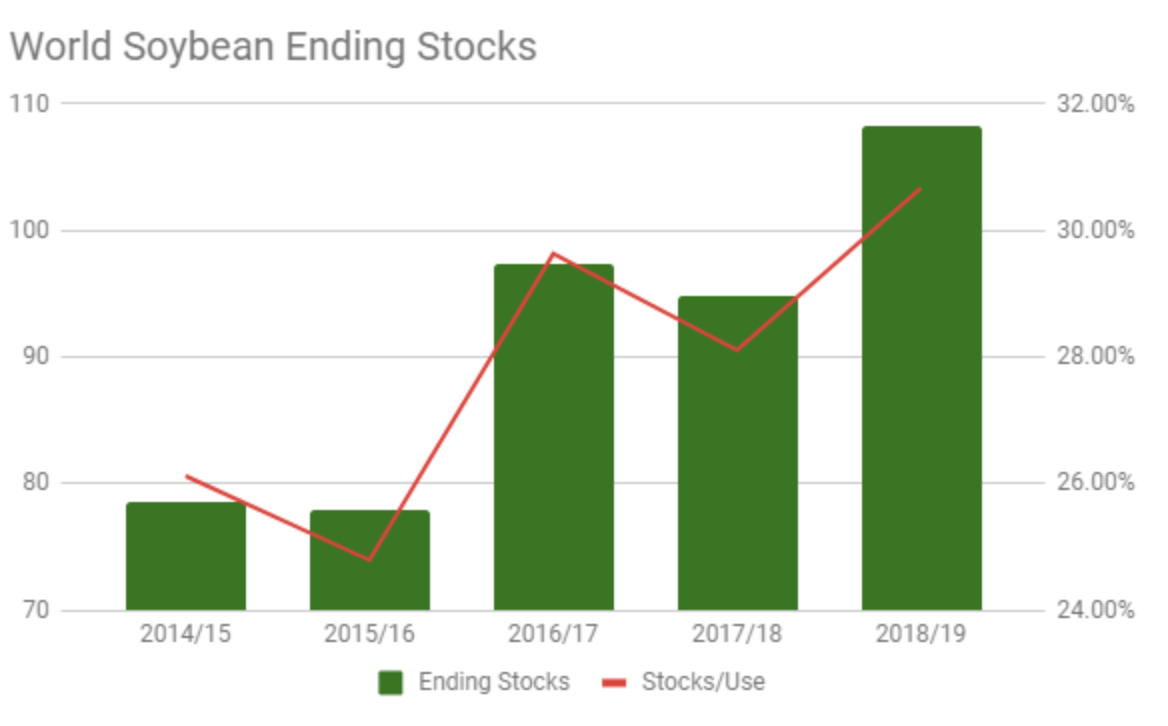 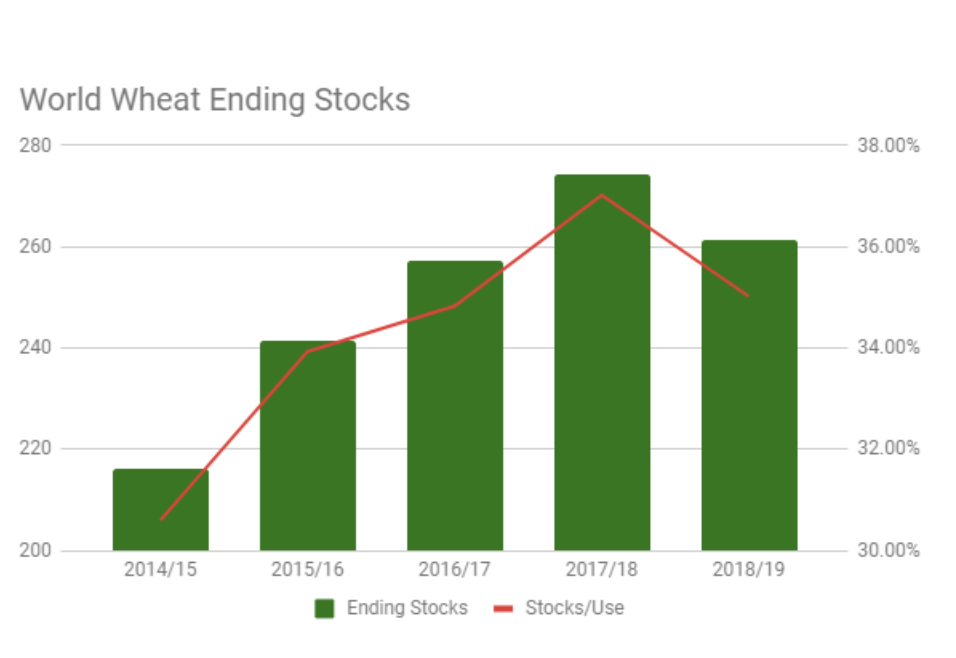