What's a Bushel Worth To You?

We’ve talked to a lot of growers and found that while most have a good estimate of their overall expenses, they often don't know their true cost of production per acre. If you only have a ballpark figure, your estimate could be at the high or low end of the range, and where your estimate falls on that range could make or break your business.

The FarmLogs Marketing tool seamlessly connects your cost of production to your marketing decisions, so you always know the price you need to sell your grain at in order to make a profit.

Let’s take a look at an example:

James is a corn and soybean grower in Iowa. He runs a 868 acre operation split between corn and soybeans. At the end of the season, James’s 434 soybean acres yielded 55 bu/acre for a total of 23,870 bushels. He called his local elevator to get the current sales price and learned that he could sell his soybeans today for $9.20/bu (after deducting the local basis of -$0.30). 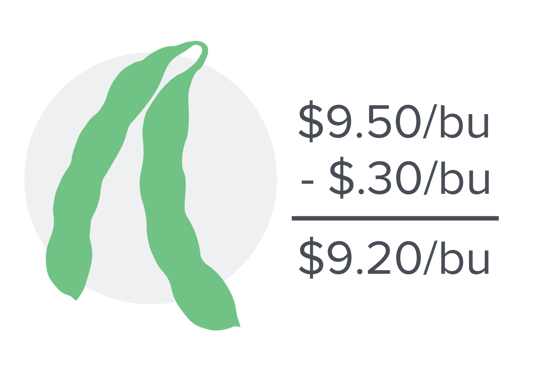 James wanted to know how much he would profit from his bean sales if he sold at the local elevator's current price. With the FarmLogs Marketing tool, James could visualize how his cost of production impacts his breakeven price, helping him know how selling at the price offered by his local elevator would impact his bottom line.

After figuring out his cost of production, James could see that growing his soybeans cost $529.05/acre, or $9.62/bu. 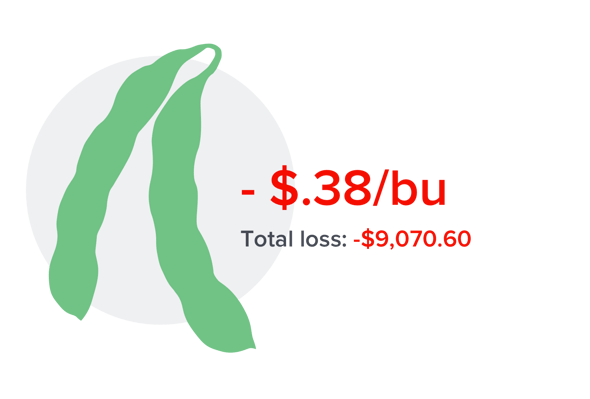 Though not the outcome James was hoping for, he can now use the Marketing tool to see how selling a portion of his beans at different times of the year can positively impact his profitability and help him meet his cash flow needs.

Knowing his cash flow needs are met, Marketing allows James to decide how much of his grain he can sell later to get a better price. Market Prices show him futures price and fluctuation for each commodity, and allows him to see the current value of his crop.

Establishing a marketing plan based on his operation's breakeven helps James market his grain profitably without emotions getting in the way. Now, he can confidently sell his grain knowing exactly how much of his sale price is net revenue. 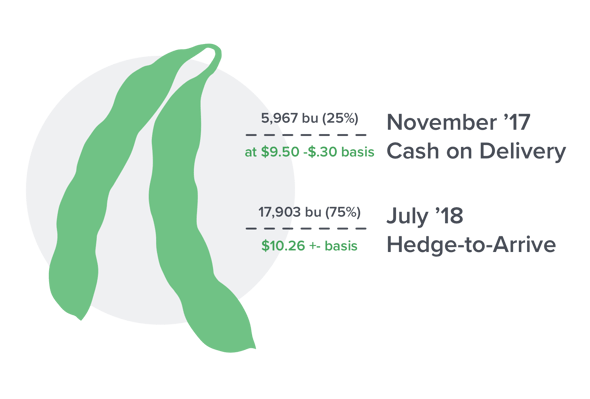 With this information, James decides to sell 5,967 (25%) of his bushels at harvest to cover his short term cash flow needs. He then secures a July contract for his remaining 17,903 bushels at a higher futures price, allowing his average sale price to still be profitable for his farm.

Rachel Nizinski is a Michigan native who developed a passion for agriculture throughout her time growing up in the Midwest. She attended Saginaw Valley State University, and joined the FarmLogs team as a content writer in 2016.