Why FarmLogs Was Really Created: A Note from the CEO

Nearly all of my earliest memories as a kid involve growing up on the farm. Whether it is pushing around the toy tractors my little brother and I had, or sitting on the floor of our JD 4440 while my dad drove, I was a farm kid, and it was our way of life. 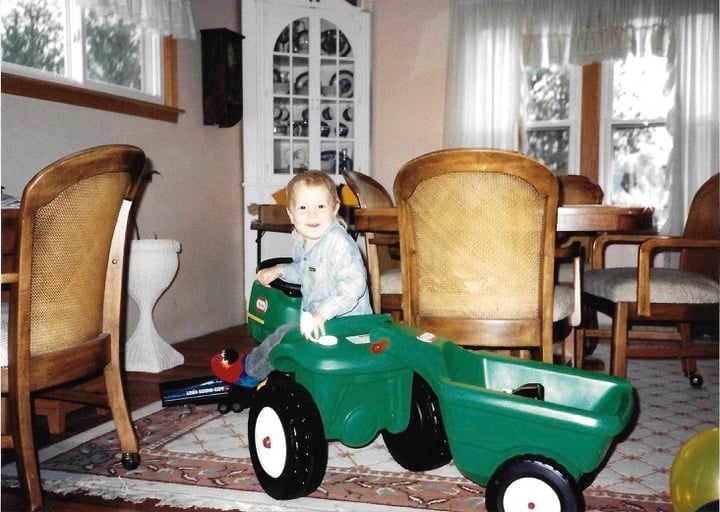 I always found it inspiring that my dad and my uncle were completely responsible for controlling their own destiny. They were working hard, doing what they love, and it shaped the way I thought about the world. If they wanted to try something new, they did. Sometimes it worked, sometimes it didn’t. There were good years and bad years, but it didn’t matter.

The future was always something they looked forward to no matter what. There was always a way to do something just a little bit better, and they were going to go for it.

I still remember my very first summer working in our fields. I was probably twelve years old, and my dad was giving me my first summer job: hoeing the weeds out of one of our bean fields. My brother and I were getting paid the big bucks. $15/acre. 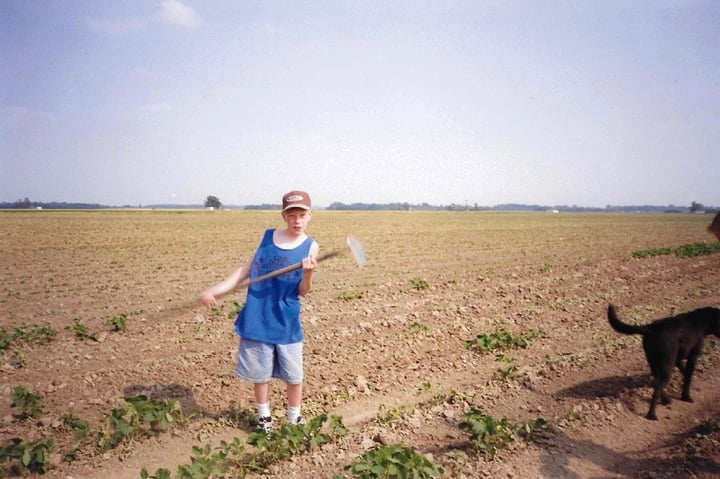 We were going to be rich! I think we did about 2.5 acres that summer. It’s a lot more fun playing in the ditches when you’re 12 than concentrating on taking out weeds.

Back then, we had a farm office in the breezeway of my uncle’s house. I used to be fascinated with going there, because that office had something magical: a computer. It was the first computer I had ever seen. Before we got one at home several years later, I was able to witness this incredible technology playing an important role on the farm. We also had a satellite terminal that pulled up weather radar, market data, and news. To me as a young kid, the farm was where all the cool technology was.

By 2011, a lot had changed. I had followed my dreams and spent the past five years working on cutting-edge Internet technology after studying Computer Information Systems in college. I had a chance to see how the Internet and advancements in computing was radically changing our world. It was exciting, but something was bothering me.

When I went home to the farm, the technology seemed dull. No. Worse. It was clumsy, difficult to use, expensive, and not innovative. I watched my brother go to a class to learn how to use the fancy new software my dad and uncle had just installed off a CD onto a desktop computer.

I can still remember the words my brother used to describe what it was like going to that class. “It is so complicated that the instructors teaching the class didn’t even know how to use it." I took it personally. Software and technology, the things I loved so dearly, were failing them. That program was more work than it was worth, and we all knew it.

I was left with a burning thought that I just couldn’t get out of my mind. The future of farming needed to be better, faster.

I started to dig in. Quickly, I learned that it wasn’t just my family looking for better software programs to help them run their farm businesses. It was nearly every neighboring farmer that I knew. Everyone was frustrated with the status-quo, yet nothing was being done about it. Technology innovation had stalled out in an industry where it had once been a leader. The excitement of having live data feeds before the Internet, self driving tractors before the self-driving car, and a computer at the office before we had one at home had all but died. The only companies building farming software were, well, farming companies. What did equipment manufacturers or hardware companies know about software? Well they knew one thing for sure: how to make it difficult to use.

When I talked about this problem with my technology friends it became clear to me that they had no idea what the modern farm was made of. They all assumed either one of two things: one, that farming was just done by big corporations like ADM and Monsanto, or two, that farmers were old-school, simple people that didn’t want technology to help them. I was amazed.

That’s when it hit me. America had changed so much in the last 100 years that most people no longer had any clue what modern day farming was. That was especially true in the technology community.

This misunderstanding in Silicon Valley had left a big, gaping hole in a massively important space. The one that I happened to care about most. Farming. The industry that my dad, brother, uncle, and the entire community I grew up in was a part of. It was with that realization that I knew what I was going to pour all of my energy into going forward. I was one of the few that understood what was state of the art in technology and how none of it was reaching farming, and I had to use my skills to create a better future for the people I cared about.

In November of 2011, FarmLogs was born. We were two people on a mission to create a better future for farming and we were going to do anything it took to make that happen.

I had recruited my co-founder Brad who was the best programmer I knew, and together we would go on to launch software that, at the time of this writing, is being used by over 1 in 3 farms in the country. We come from humble beginnings on the farm, but our ambitions are large.

If your family’s livelihood depends on running a successful farm like mine does, then we are looking forward to getting to know you and introducing our technology and how it can help.

I’m inviting you to take part in this journey to make your farm more efficient, more profitable, and better for the next generation. Together we can create a better future for farming. 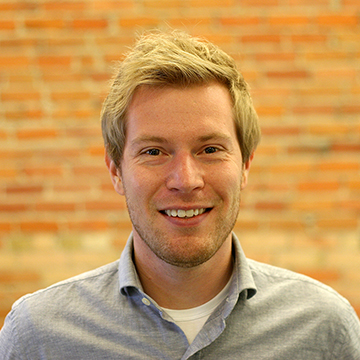 Jesse Vollmar is co-founder of FarmLogs. He grew up on his family's fifth-generation farm in Michigan and graduated from Saginaw Valley State University with a BS in Computer Information Systems. Vollmar was named to the Forbes “30 under 30” list in 2014.